Mech Design for the Entertainment Industry

In this mech design workshop, Concept Artist Furio Tedeschi covers his workflow and techniques for creating concepts for film and games. Starting with the blockout phase, he demonstrates how he uses ZBrush to create the general blockout, then moves on to mesh cleanup and refinement, followed by kitbashing for adding detail and levels of complexity to the model. Furio then preps the model for material assignment in ZBrush, moving over to Keyshot for final rendering where various materials are applied to the mech. An environment HDRI is selected that best illustrates the design, then passes are sent to Photoshop for final touch ups and presentation. 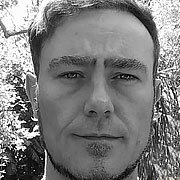 Furio Tedeschi is a concept artist with over 15 years of professional experience in the entertainment industry. Throughout the years he has worked for studios including Blitz Games, Krome Studios and the award winning visual effects company, Mr. X Inc. He has also freelanced for a wide range of clients, such as 343 Industries, Alliance Studios, WB Games, Gameloft, Blur Studio, McFarlane Toys, and Sapphire Technology. More recently, he was senior concept and character artist at BioWare Montreal on Mass Effect: Andromeda, and later started freelancing at Paramount Pictures as a concept artist on the recently released Transformers: The Last Knight and the horror movie, A Quiet Place. Furio specialises in concept art, art direction, 3D sculptures and character game models. He has an extensive knowledge and competencies in a range of advanced CG software including ZBrush, Keyshot, Photoshop, Mental Ray, V-Ray and 3D Studio Max. He was awarded the ZBrush Summit sculpt off champion for three consecutive years.