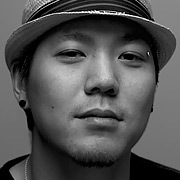 In 1997, Alvin Lee began his comic book career at the tender age of 17 and is now a renowned veteran of the industry. Alvin is one of the few North American born comic book artists who is still presently involved in the anime/manga movement. He has worked with several comic book publishers including Marvel, DC/Wildstorm, Dreamwave Productions and most recently, Udon Comics and Entertainment. Some of the titles include Deadpool, Agent X, X-Men: Age of Apocalypse, Gen 13 and most notably his revival of the Street Fighter comic book series. His talent has also led to the game art of two Capcom videogame titles, Capcom Fighting Jam and the re-release of Street Fighter 2 Turbo for the Xbox 360.