Form and Structure with Jack Bosson

In this second title of the Drawing the Figure series, Jack explores the properties of structure. Here, he introduces the basic elements required to create the illusion of 3-Dimensional space and form as they apply to the human figure. By constructing simple forms, exploring overlap and translating the complexity of the human body into its simplest, most basic forms, we can begin to understand the process of converting a 3-Dimensonal, real world form onto a flat, 2-Dimensional surface that an observer can understand. Jack will demonstrate how to see the forms and draw through them without losing the gestural quality described in his first title. 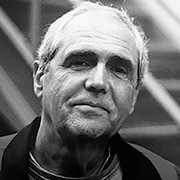 Jack has been a practicing and exhibiting fine artist and freelance illustrator for over 35 years. He has taught drawing and painting at Cornell University, College of New Rochelle, University of Southern California, Otis College of Art and Design, Gnomon School of Visual Effects, and Woodbury University, to name a few institutions. He did background painting briefly at Hanna-Barbera and was hired as a trainer in Feature Animation at Disney in 1995. In 1999, he continued as a training consultant to Disney and taught at various institutions until he was hired to set up an Animation Department at Woodbury University, which he chaired for three years. He retired two years ago after eight years at Woodbury, as Professor Emeritus. Jack Bosson received his Diploma of Design from The Cooper Union, he studied painting and drawing at the l'Ecole des Beaux Arts, in Paris, France, on a Fulbright Fellowship, and received his Master of Fine Arts Degree from Cornell University, in 1966.