This tutorial is for animators that want to focus on creating first person animations to be used within a game project. Veteran game developer and Animation Director, Bill Buckley, showcases techniques and practices that he has used throughout his career on triple A FPS game titles. He stresses the importance on establishing a work flow to ensure proper gameplay specifics such as blending, timing, composition, iteration and assembly in engine. Bill utilizes a first person template project that Unreal provides; this is so an animator can jump right into showcasing functional work without worrying about coding. Bill starts the tutorial by creating a base idle animation that is used as a starting point for all other animations created. He then creates a fire and a reload animation that utilizes both the character rig as well as a weapon rig, then showing how to successfully transfer those assets into Unreal while maintaining precise contact points and timing. Bill also shows how to manipulate existing blue prints within Unreal to achieve the best look and feel for your animations. This tutorial is a must for any animator that has a desire be an integral part of the development of a First Person Shooter title. 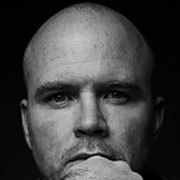 Bill Buckley has been working as a developer in the video game industry since 2005. His roles have included Senior Animator, Story Artist, Writer, Digital Cinematographer, and Concept Artist, and he is currently the Animation Director at First Contact Entertainment.

Bill is also a lecturer, mentor, and teacher of animation and game development both in the United States and overseas.